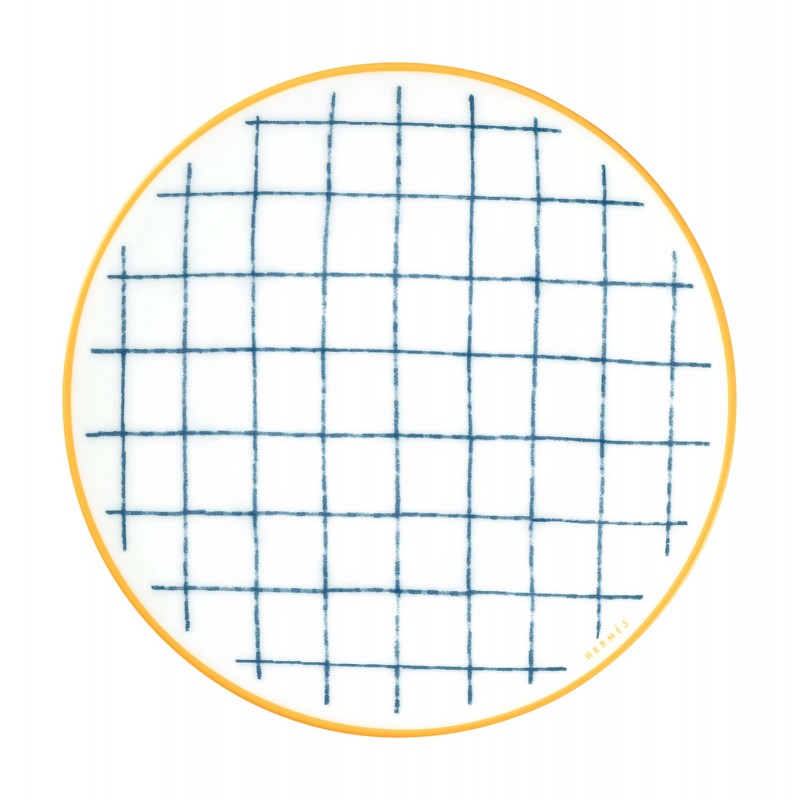 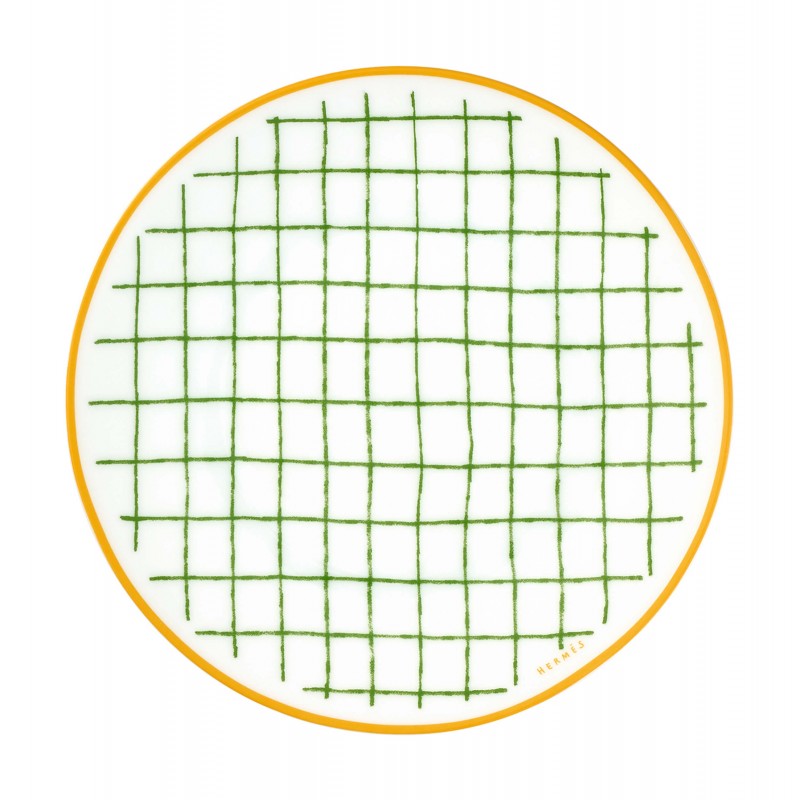 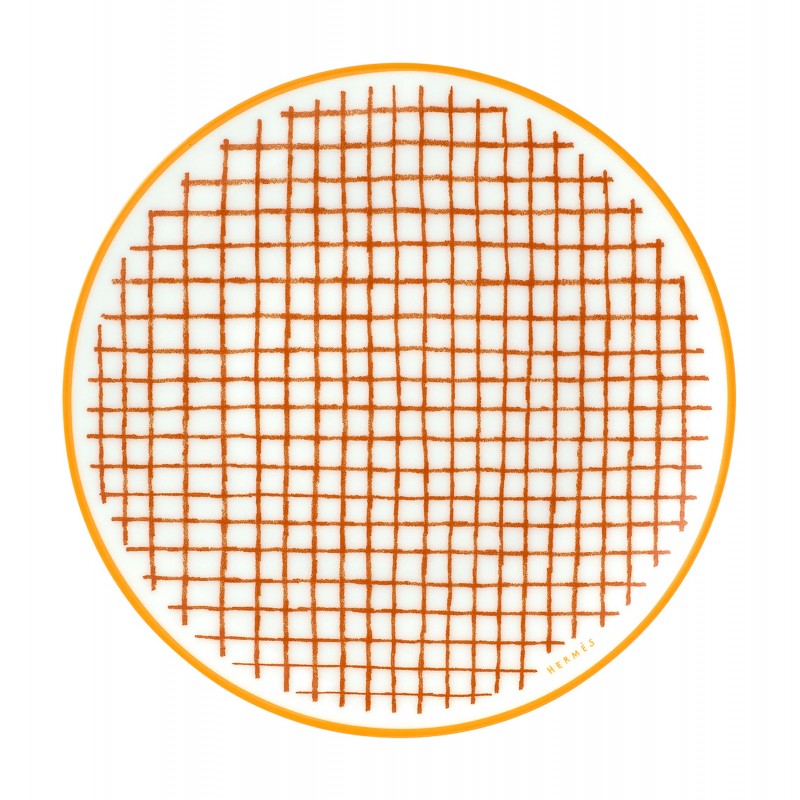 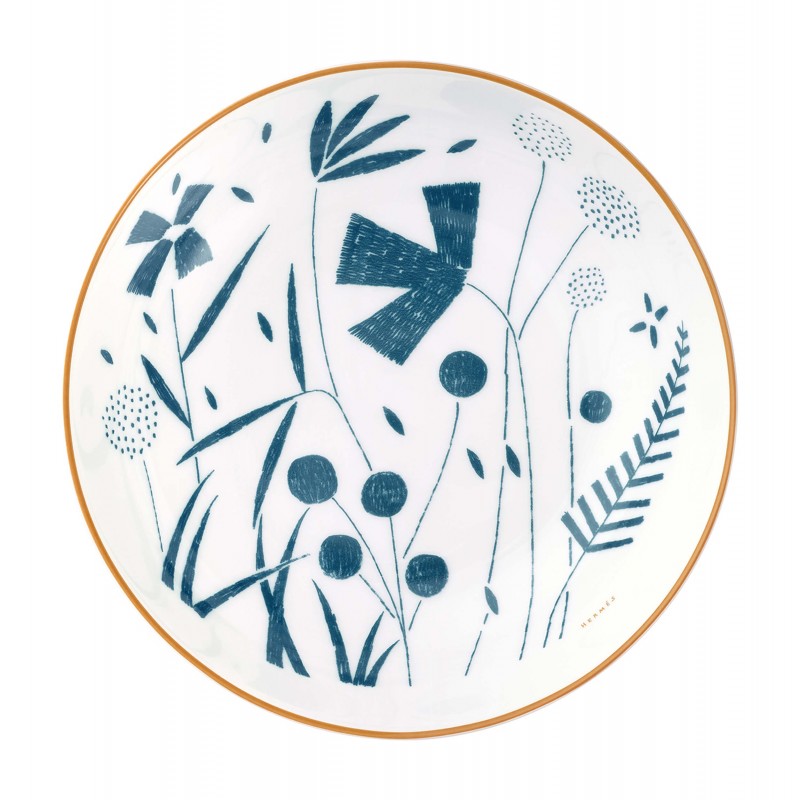 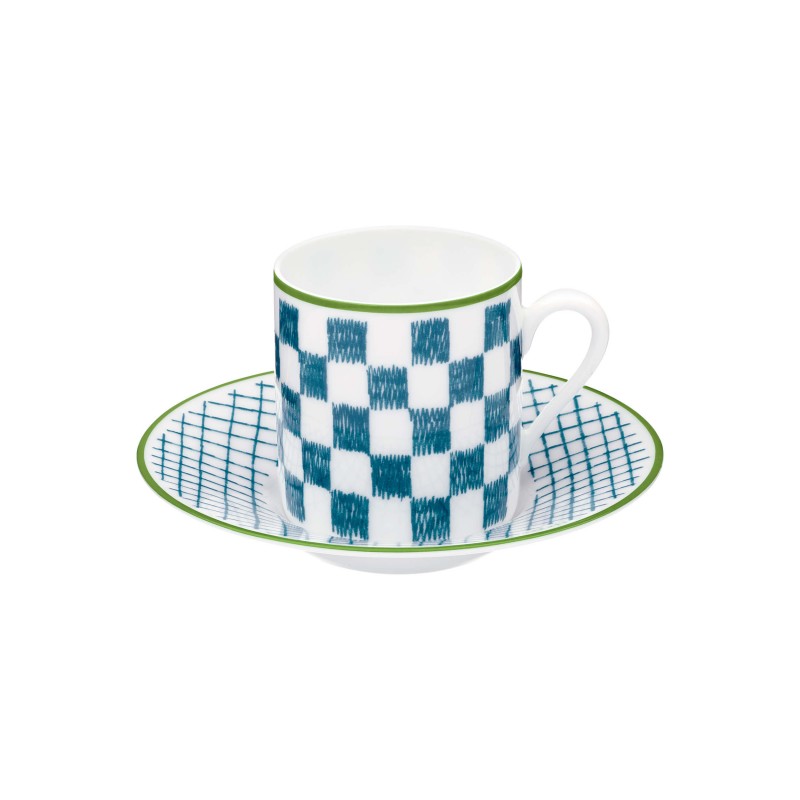 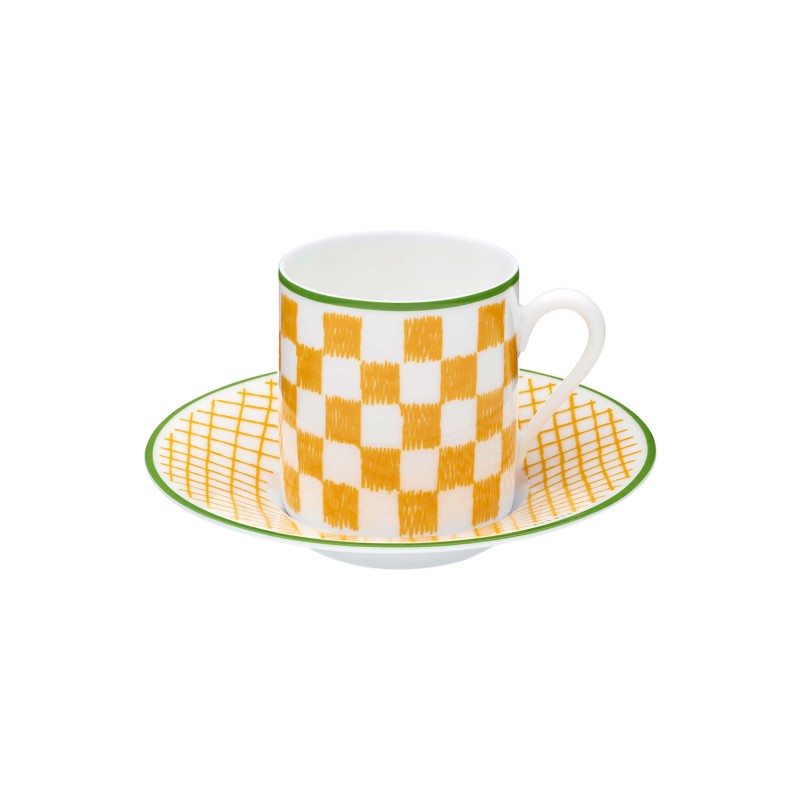 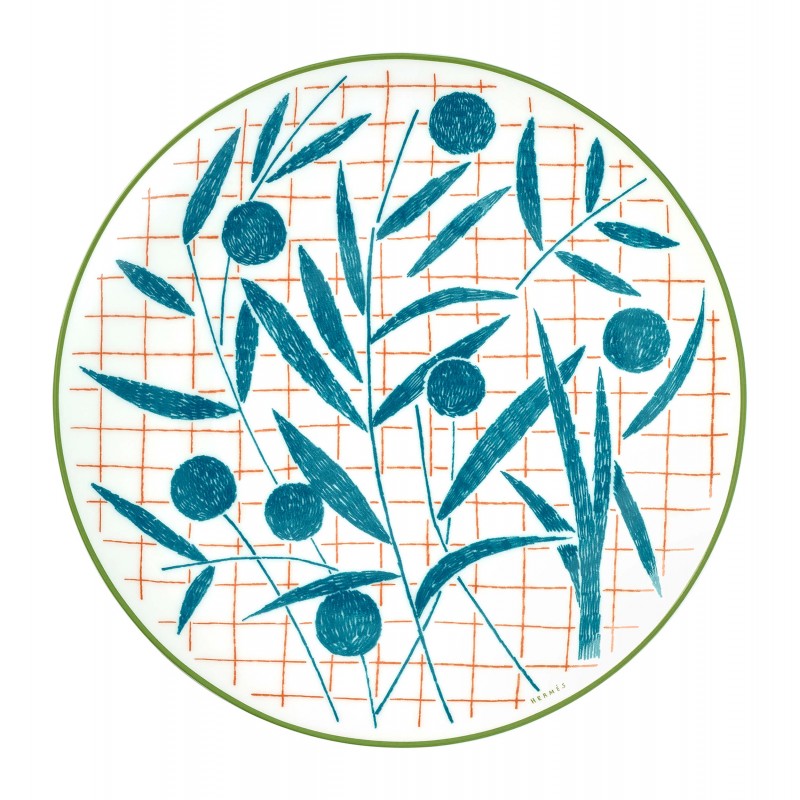 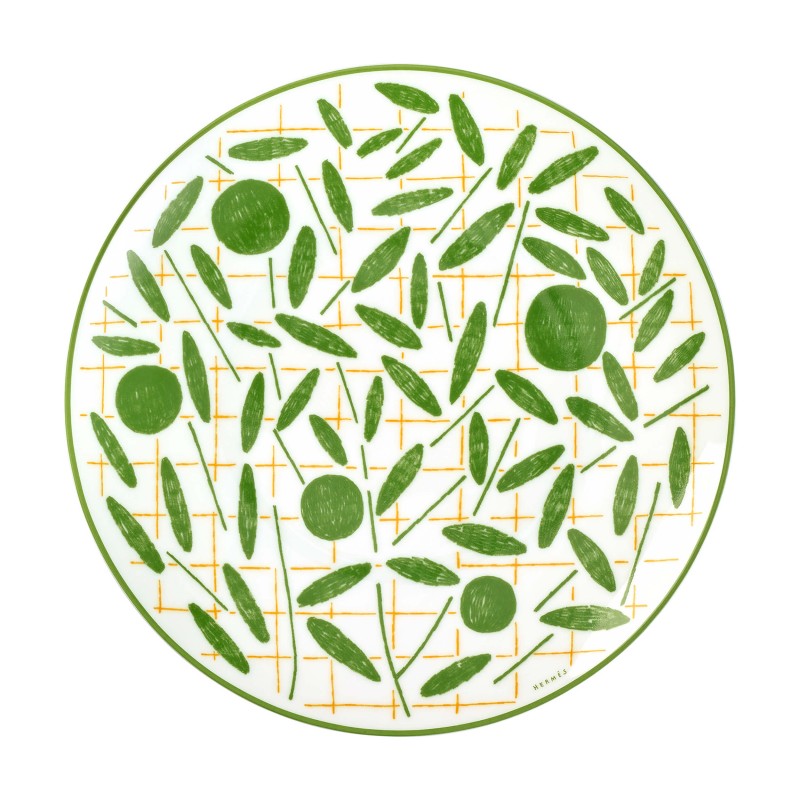 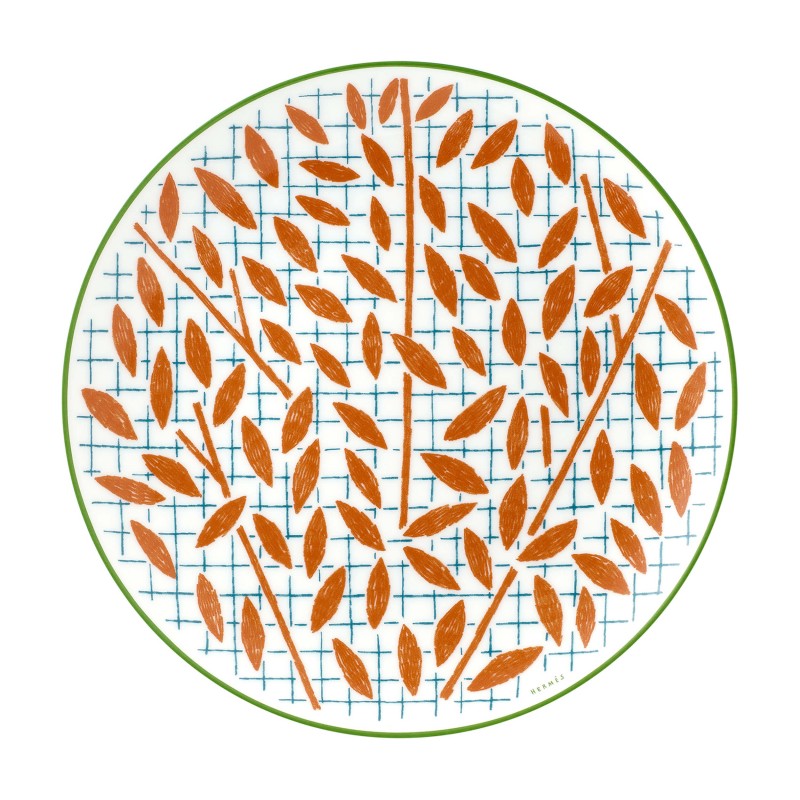 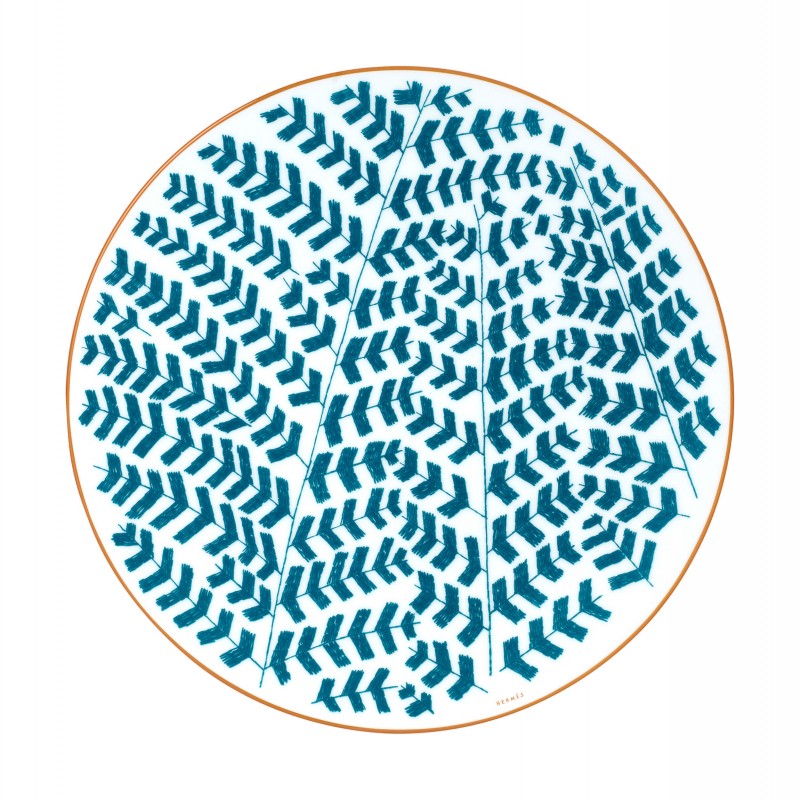 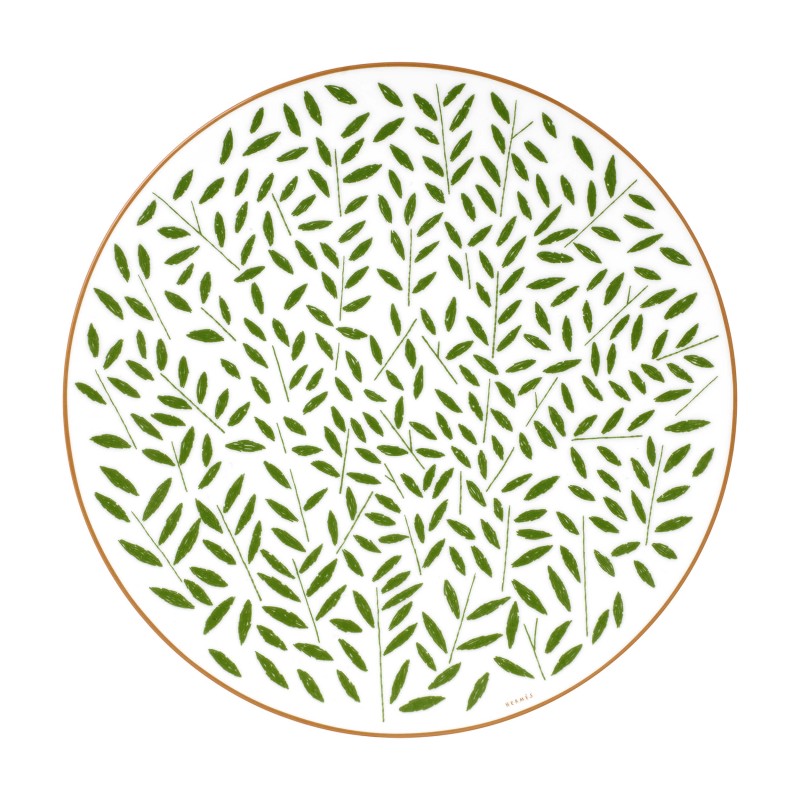 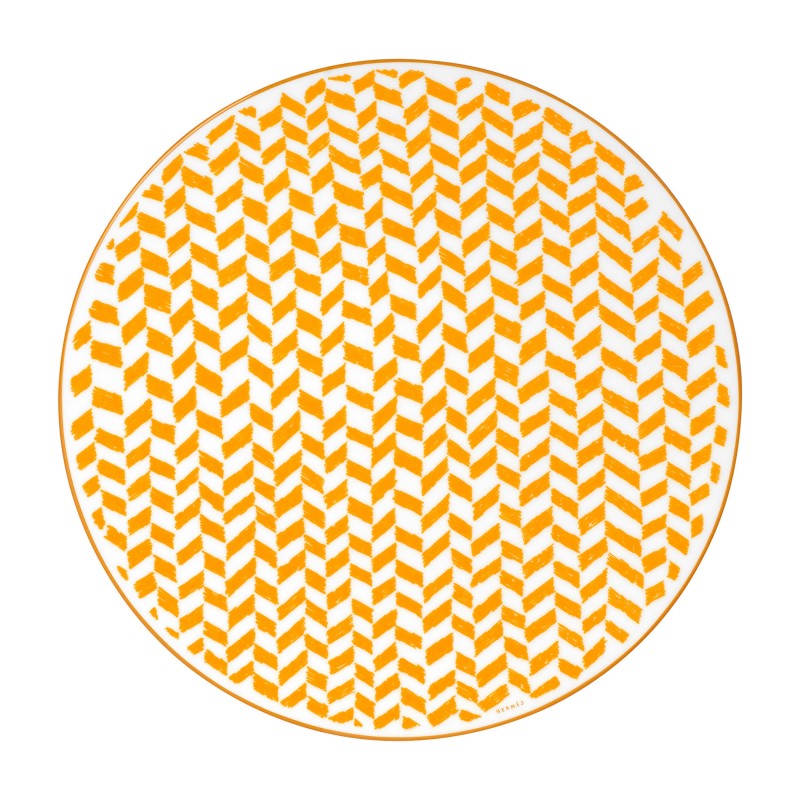 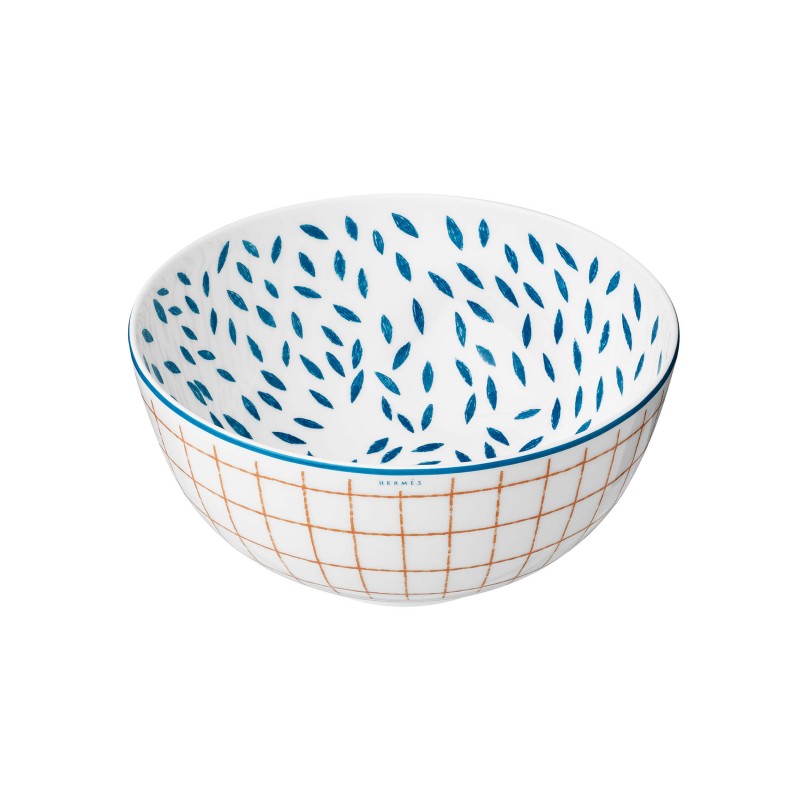 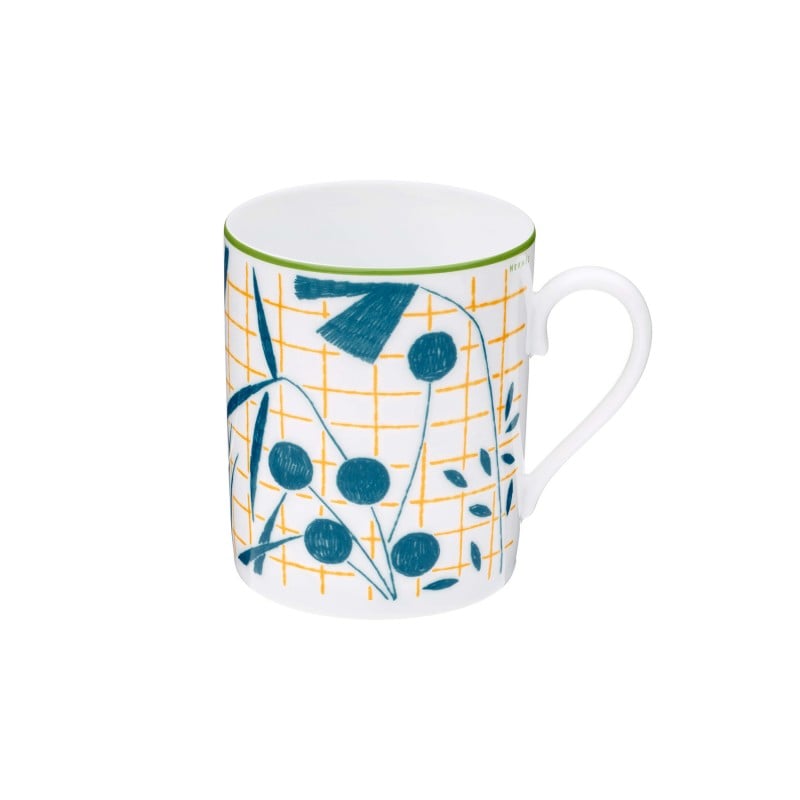 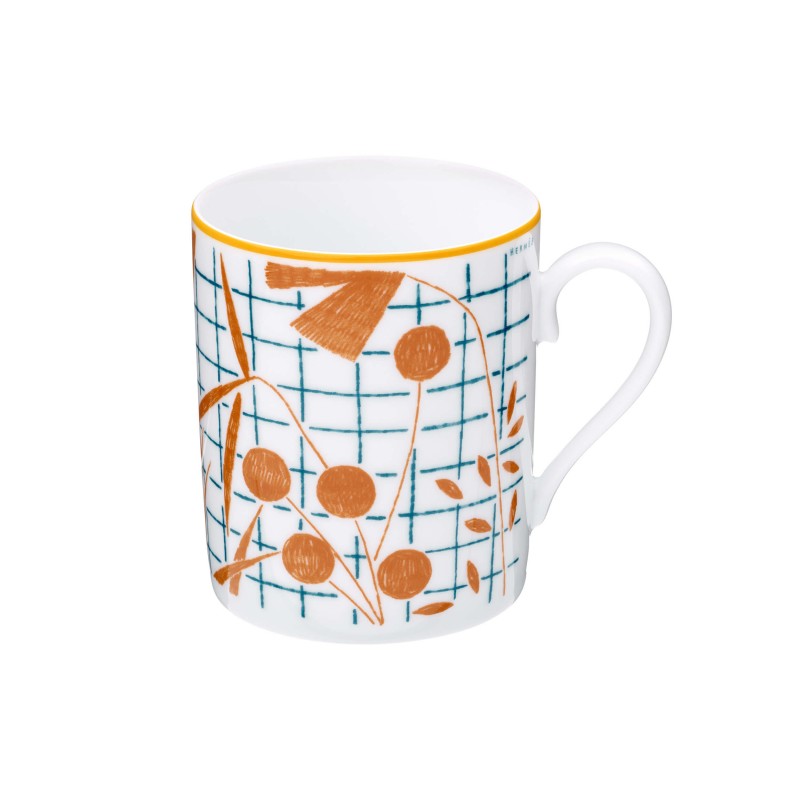 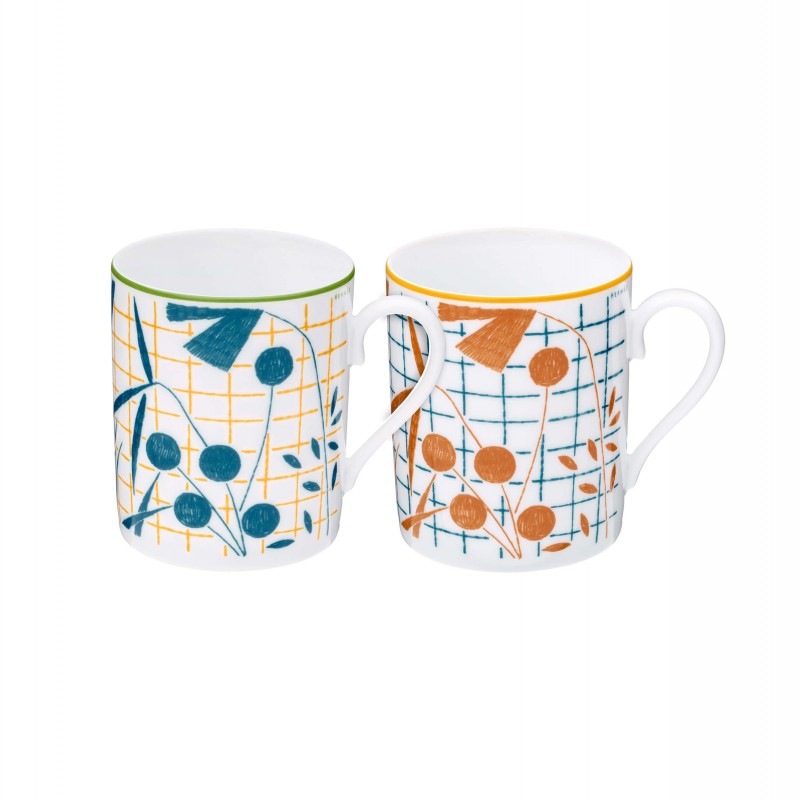 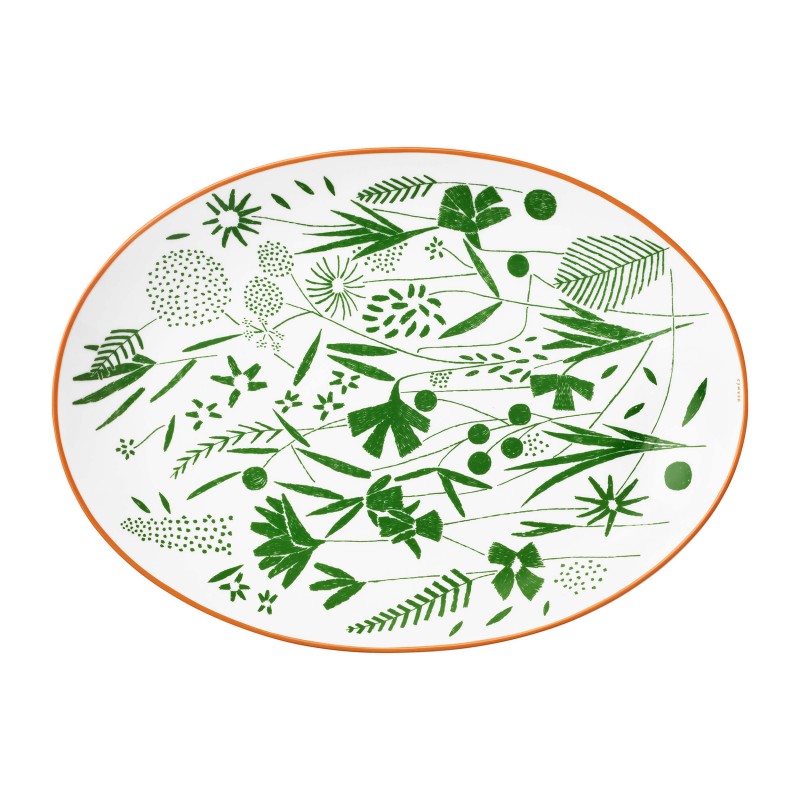 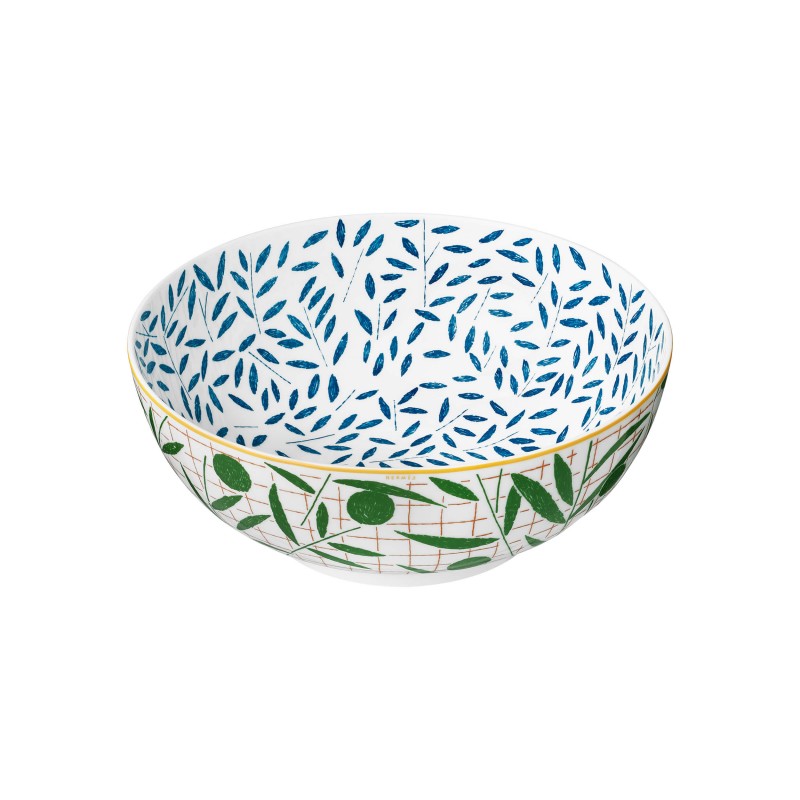 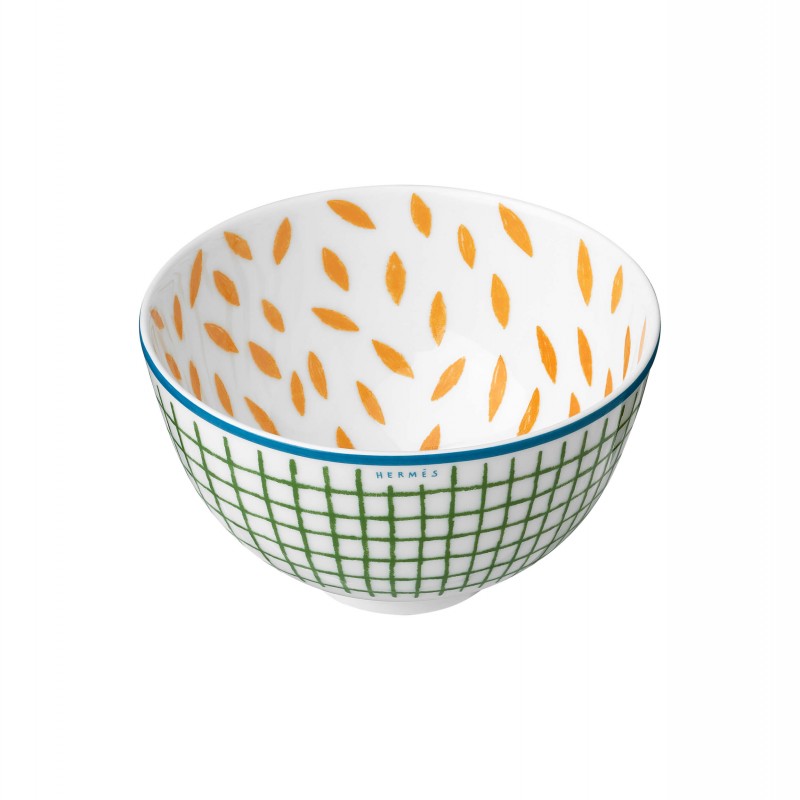 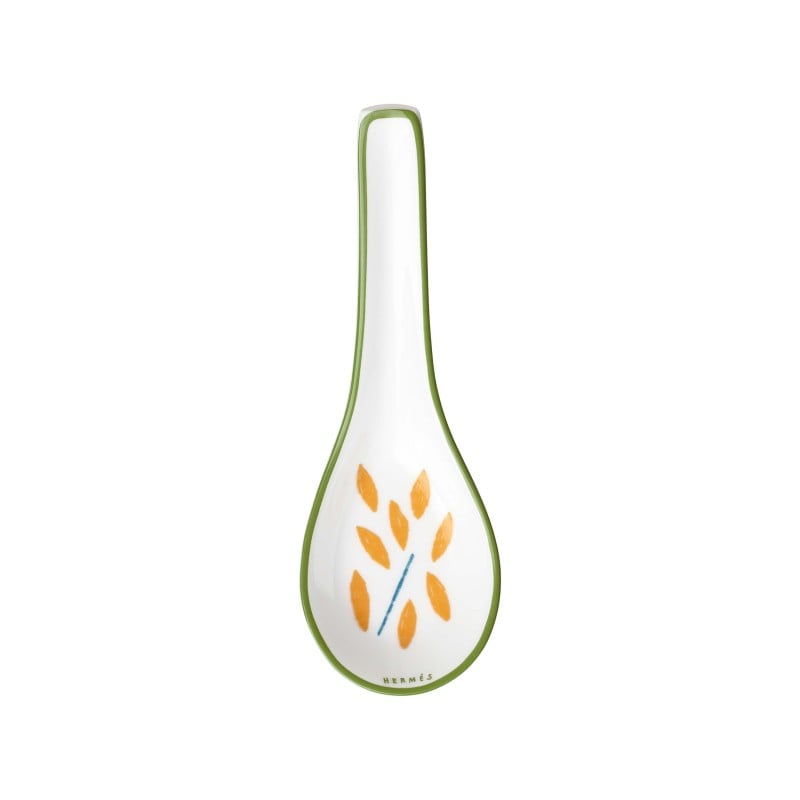 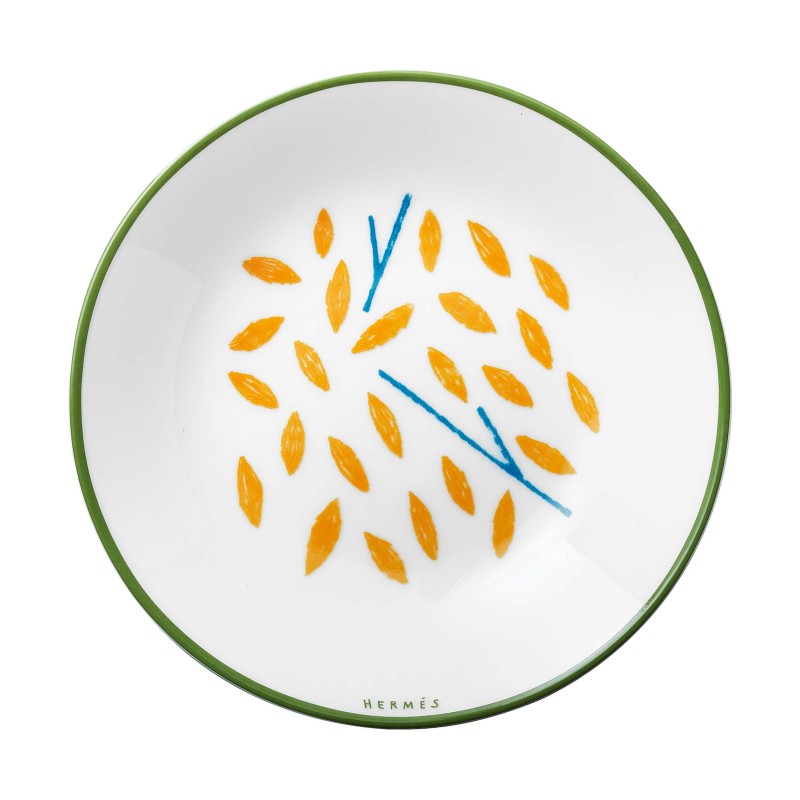 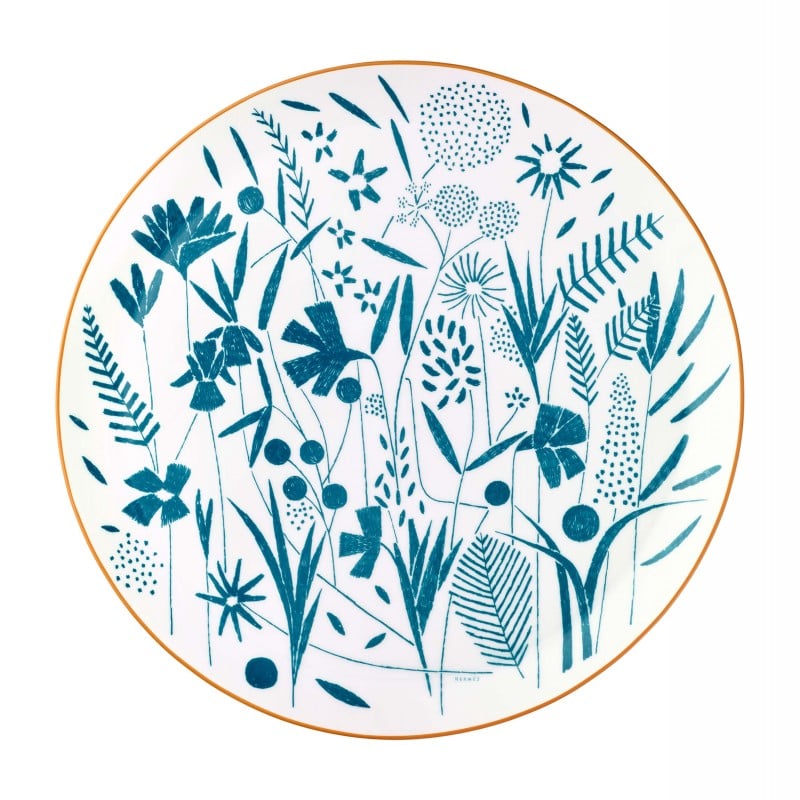 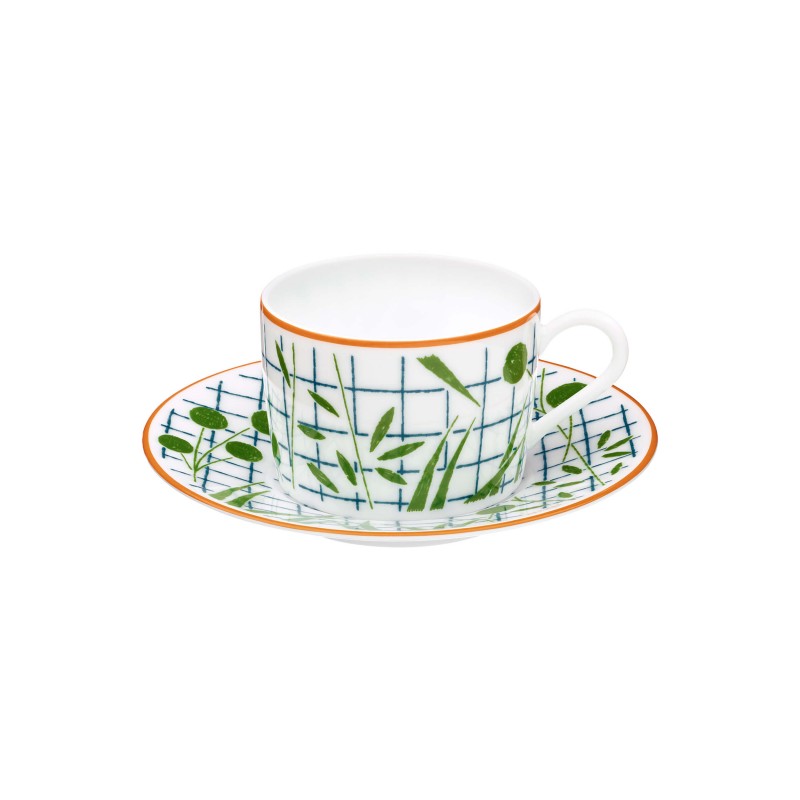 When it comes to the manufacture and sale of luxury goods, more particularly in the leather goods and ready-to-wear sectors, Hermès is certainly among the first houses cited as a reference. But the global reputation of Hermès does not concern only these areas, the house also spans the sectors of perfumery, watchmaking, home, art of living, and... Table arts! The latter are indeed fully part of the luxury universe of Hermès brand, if we quote only the Hermès plate which is available in several styles. Beyond its luxurious character at the table, even before the taste sensation, Hermès tableware already fully satisfies the eye!

As aesthetic as they are practical, Hermès tableware services each reflect in their own way the strength of the line, the depth of the color, the delicacy of the porcelain… Hermès tells drawing stories to savor around great dinners or head-to-head for tea. We invite you to discover our wide selection of tableware from Hermès House: tea / coffee service, cup, dish, cutlery, Hermès plate… Delicately displayed in a display case or placed on your dining table, your Hermès tableware will show to your guests, friends or families, that you know how to receive them!

Hermès is a real identity, the creativity and know-how of its craftsmen combined with a sense of innovation...

Originally a harness and saddle factory founded in 1837 in Paris, Hermès is today a legend in the luxury industry. In the fashion industry, the silk squares’ color, bags’ beauty, watches’ elegance, and jewels’ originality justify Hermès international reputation. It was around the 80s and 90s that the great transformation of the luxury house took place through the internationalization and diversification of the group's know-how. Its action is then guided by three priorities: the sense of loyalty, the demand for quality, and the will to innovate. It is in this sense that the Company of Tableware and Email (CATE) was created, an entity of Hermès House, with its Nontron site created in 1990. Since then, Hermès has also been a recognized player of the high-end Tableware sector.

Building on this positioning, the Nontron site has established itself as a factory of artisanal expertise and innovation around decoration skills on porcelain. Since their very first years of existence, the teams have been enriched by the know-how of manufacturing tableware and enamel jewelry, the latter being intended for the Fashion Accessories business. The Hermès Tableware and Email Company has a strong growth ambition, considering the creative profusion of the artistic Direction of Hermès group.

Laying nets on a piece of porcelain is one of the most delicate arts that enamel ceramic. Gold or platinum spinning, as well as color spinning are specialties of the Tableware and Email Company. In Hermès de Nontron workshops, artists know how to juggle cups and large vases, plates, dishes, and tureens too well. Spinner-gilders maintain this know-how and decorate it by hand, using a whistle brush filled with gold, platinum, or color. Fluid like water, thin like a hair or broadband, the net captures light, and vibrates porcelain. Hermès house continues to amaze us and presents various porcelain services; Hermès plates are always more magnificent than the others. The tableware pieces embody the quintessence of an identified Hermès aesthetic style, virtuosos in their expression, timeless in their style, classical without being academic, always full of spirit and sometimes humor...

Inventive and imaginative, Hermès offers a wide range of patterns, colors and pleasures!

Hermès tells its poetic legends on porcelain today. Tales that look like a thousand and one nights where you can meet an Eastern Horse galloping across the snowy steppe, or even dream while leaning on the wrought iron balustrade of a Guadalquivir Balcony… Hermès tableware tells a story about its drawings, from its charcoal tests to painting. A white background for some, but also celadon for others, which is an emblematic color linked to the porcelain history. In our selection, you will find discoveries, invitations to travel, services that are both a tribute to nature and a sublimated vision of it, by the great artists of Hermès House.

With Hermès tableware, each table, formal or mismatched, is the expression of an invitation to share a good time with friends and various guests. A Hermès plate or any other piece of Hermès tableware can perfectly combine with other table services, sometimes totally unique and original associations which show that one can fully integrate them into his/her daily life and desires!

In the A Walk in The Garden collection, for example, the designs intersect and intertwine on the Hermès plate, tea / coffee service, spoon, etc. Architectural games are formed in loose compositions. Through grids, rafters, and checkers, one can contemplate the grasses, leaves and twigs that germinate. A scholarly organization under a spontaneous air; this is the English garden. Underlined each time by a light streak, the natural balance operates, between organic freedom and graphic structure, on the pieces and on as many patterns.

In a completely different graphic and daring style, the drawings in the Hermès Balcon Du Guadalquivir collection celebrate Andalusian cities in the South of Spain, in particular these Andalusian houses which proudly display their wrought iron balconies, real metallic laces. When the Hermès de Nontron workshops seize this collection, the porcelain services reveal their exuberance in a blazing red...